After my contract with TAG, I had the desire to build my own Watch Face. After working more than a year with these wonderful watches, you have to. So, I came up with this idea of a morphing Watch Face. To achieve this, I have used  SVG assets into my Android Project. It is currently possible to import SVG images, they are then called Vector Drawables. It is also possible to animate these SVG assets, like transforming an SVG image into a different one. These animated SVG assets are called Animated Vector Drawables. I wiil write a more detailed post about it.

Thanks to smart people like Lewis McGeary (https://lewismcgeary.github.io/posts/animated-vector-drawable-pathMorphing/), I have had a better understanding on how these animations had to work. But it felt likes a very long and tedious task to get the SVG ready. Basically, two SVG needs to have the same set of commands in order to be morphed between each other. This is when Roman Nurik saved the day, the Google Android UI genius has released a web tool that will almost automatically make these changes for you. You can then create your animation and export directly the Vector and Animated Vector Drawables. You can have a look here https://shapeshifter.design/.

After importing the assets, some work was still needed. On a standard digital watch face, you will kind of write the Time as text. In this case, I am basically drawing and animating a shape in a form of a digit. So, I need to isolate each digit, load the corresponding digit with the correct animation. For example, adding 1 minute to 55 becomes 56, while adding 1 minute to 59 becomes 00. On top of this, I need to sequence the animations accordingly. The units of a second are animated every seconds while the tens are animated every 10 seconds. Not the end of the world but not completely trivial. 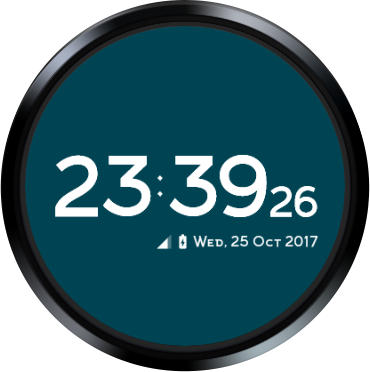 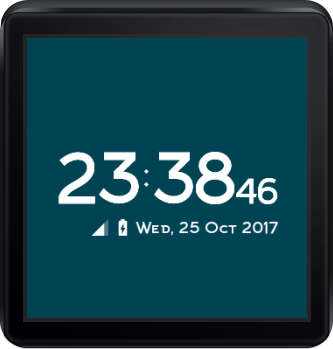 As you may see, the background is a bit blend. I plan to work on this. I am also thinking of adding colour themes and I have even not started yet implementing the Watch Face Settings (Hour Format, Date Format...). So still some work to do to have it ready before Christmas :)